This special report has stopped daily updating. To see previous daily updates, scroll down to given dates.

The Russian Federation and Ukraine are now fully engaged in an intense and world-altering conflict. Some important questions to answer: why the aggression between the two nations? Why does Russia care so much about having control of their neighbor, which has been independent since 1991? What caused such a dire situation in Ukraine? And specifically, what caused Vladimir Putin to choose now to ignite an international crisis?

To answer all these questions, we must go back to the 9th century. Kievan Rus was the first Eastern Slavic state, founded by the Viking ruler Oleg united and conquered various Finnish and Slavic tribes and created a singular state in 882 after taking the cities of Smolensk and Kiev. The title of Grand Prince of Kiev passed down through the first half of the 13th century before its fall to the Mongols. Ronald Suny, a historian at the University of Michigan, elaborates on Putin’s various claims: that Russian civilization has always been an integral part of Ukrainian welfare, that Ukraine should be friendly towards Russia, and the subordination of the area under the Soviet Union means that the sovereignty of Ukraine as an independent nation should be questioned. There is some historical inaccuracy behind these remarks; Ukraine was given the right to secede without condition and treated well under Lenin, but was harshly repressed and Russianized along with much of the USSR under Stalin. Due to this wavering policy, Soviet-era Ukraine modernized to celebrate Ukrainian culture and language while simultaneously limiting freedoms and national rights.

This Russianization, or the process of promoting Russian language and culture over its native counterparts, is eminent even in the modern day; it even extended to the pronunciation of the capital city of Ukraine. ”Kiev” as it has traditionally been named has always been a city of great historical importance, notably being the center of Slavic civilization centuries before Moscow was even built, but to stay faithful to Ukrainian language the city should be called Kyiv. Recent policies in the last decade or so try to restore some of the damaged Ukrainian identity, but much culture still has yet to heal after decentralization. Of course, Russianization is firmly against former Soviet nations promoting nationalism and Western policies, which is some of the basis for Putin’s aggression in the first place. Factors like the power of NATO, decreased Russian influence within Ukraine overall, and close Western ties and weapons placed in countries on Russia’s border all contribute to Putin’s obsession with taking Ukraine.

Due to post-war motivation and a desire for democracy, Ukraine gained independence in 1991. After the eventual collapse of the Soviet Union, several new nations transpired; Ukraine was one of the largest. Democracy’s progression eastward created moments of optimism, particularly when Ukraine marked their first election. Despite its momentous prevalence, democracy was not a match for Ukraine’s historical roots and political geography. Pro-Russian and Pro-Europe discussion became abundant, and tore the nation apart, while simultaneously fueling revolutions and protests that eventually led to the infamous 2004 presidential election between Viktor Yanukovych and Viktor Yushchenko.

Now, let’s flash forward to 2013. Pro-Russian sentiment and unrest in the Ukrainian province of Crimea led the Crimean parliament to vote to join the Russian Federation, a move heavily criticized by the West, possibly due armed people present at voting stations combined with a 97% popular vote to join Russia. After denouncement by the Ukrainian government, deliberations, and protesting, Putin signed a decree ratified by the Russian parliament on March 18th, 2014, annexing Crimea and placing it in control of the Russian government. Holding the province with troops and forces, economic maneuvering, and some popular support, unofficial militaristic Russian groups caused small insurrections and skirmishes to begin occurring in eastern Ukraine, which resulted in an unsolved conflict for several years, while similar unrest occurred in the Donbas region in eastern Ukraine. This was consistent for several years until the situation faded into a frozen conflict and then a political reform movement. The ousting of Ukrainian president Poroshenko and fights against corruption lead to the election of current president Volodymyr Zelenskyy, which lead to a relative peace. Unfortunately, it was only tentative.

The Beginning of the Current Crisis

After multiple notable historical interactions between Russia and Ukraine, the past few months brought the movement of troops that has led both nations, the surrounding regions, and notably other world powers to the situation at hand. It is important to keep in mind that this uncompromising territorial dispute has been ongoing for several years, but the compelling events of later 2021 to early 2022 have contributed considerably to the present predicament. In November of 2021, satellite footage appeared to indicate a new build-up of Russian troops along Ukrainian territory, with Kyiv claiming Moscow was authorizing 100,000-soldier mobilization, as well as military equipment. The month of December brought the textbook response to preceding a crisis (especially considering NATO was a factor): President Biden’s forewarning to Russia, and Putin’s demands on halting NATO expansion further into Eastern Europe, specifically highlighting restrictions on Ukraine’s partnership with the West. In the first week of the new year, President Biden spoke to incumbent Ukrainian President Zelenskyy, scheduling further diplomatic meetings, and even mentioning that the United States would “respond decisively” to an invasion and fully back Ukraine in their defensive endeavors.

Soon after Russia’s vocalization of their stringent international security desires, Washington distributed a written response to their demands. In early February, President Vladimir Putin continued negotiations over Russia’s essential parameters of security in Eastern Europe, yet concurrently issued a cautionary warning about the prospect of war with the West. Putin engaged in a meeting spanning five hours with his French counterpart, Emmanuel Macron, leaving the world grasping at the already attenuated straws of Russian plans. Subsequent to this meeting, the French president pursued discussion with Ukraine. At the same moment, President Biden engaged in conversation with German Chancellor Olaf Scholz “further strengthening U.S.-German relations and working with the new Chancellor to deepen the transatlantic partnership”. Despite bilateral relations being broken beyond repair, the optimism resulting from diplomacy between various influential nations was immense, but everyone’s curiosities were satiated on February 21st, 2022, when Putin signed a Presidential Decree recognizing Donbas’ independence, a region composed of the “Donetsk People’s Republic” and the “Luhansk People’s Republic”. The contentious, Moscow-supported Ukrainian statelets’ recognition by Russia toppled over the dominos of conflict engagement between the neighboring nations. According to AlJazeera writer Mansur Mirovalev, “after almost eight years of existence, the republics are understood to have evolved…into an autocratic, illiberal governance method.” What resulted after this revealed the crisis at hand.

Daily Updates (all times in EST):

Daily updates will be added for the foreseeable future of the conflict. More information that encapsulates a day’s worth of events

A diagram of bombardment and battle locations throughout Ukraine on Thursday. Image courtesy of Associated Press.

The body of a Russian soldier lay next to a Russian vehicle in Kharkiv, Ukraine, on Friday. Image courtesy of Tyler Hicks of The New York Times

Russian artillery strikes a radio tower in Kyiv on Tuesday. 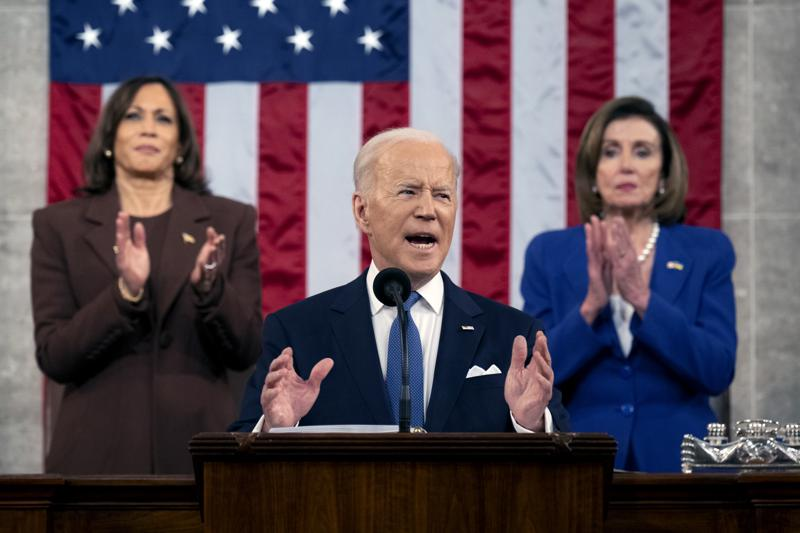 Hundreds of Ukrainian refugees flood into a Lviv train station on Wednesday, waiting to evacuate. Image credit to Ivor Prickett of the New York Times.

An empty shop in besieged Kharkiv on Thursday. Image credit to NPR.

As the conflict and humanitarian violations continue to unfold in Ukraine, we must be reminded of the history that brought us to this tragic period in time. Throughout history, there is always a large period of relative peace that could be described as “the calm before the storm.” No storm is ever the same; some are milder than expected, while others are devastating, and occasionally the former occurs just before the latter. But regardless of what continues to happen in Russia and Ukraine in the future, we can suffice to say that in our current state of international affairs, the calm is over.