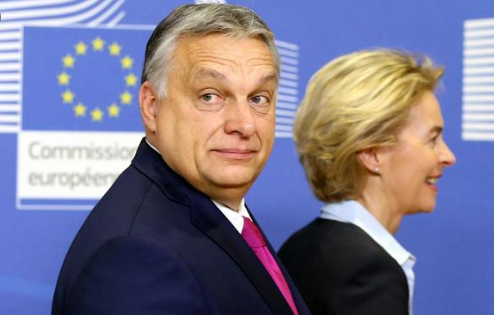 As we all hunker down at home, we turn to the news for information on COVID-19. Because of the far-reaching impacts of the virus, the news coverage it has received has been immense. Whether you’re looking on tv, your phone, social media, or your favorite news app, the COVID-19 is nearly guaranteed to be the first topic to pop up. It feels as though the world has come to a standstill. And while certain parts of our daily lives have halted, the wave-makers have not. On Monday, March 30th, Hungary’s lower chamber of Parliament passed a bill giving an extreme amount of power to their current Prime Minister Viktor Orban.

This was first set in motion when Mr. Orban inquired about extending a state of emergency that he said was essential to fight COVID-19. The state of emergency would give the government the ability to pass special decrees as it grappled with COVID-19. The bill’s contents do not appear to be nearly that altruistic though. The bill extends Hungary’s state of emergency indefinitely. This doesn’t sound bad until you learn that the bill also indefinitely extends the rule-by-decree powers that are attached to the state of emergency. This also gives Orban the ability to punish journalists if the government does not think that their reporting is accurate. Citizens who violate lockdown rules can now be hit with extremely heavy fines, and no elections or referendums can be held while these indefinitely extended measures are in place. To summarize, the bill is worrying for quite a few reasons.

How does a bill pass if it’s so worrying then? In short, Orban’s Fidesz party holds a two-thirds majority in Hungary’s lower chamber where the bill passed 137 to 52. Many have spoken up: from politicians to human rights groups to other EU members, the worry is evident. The bill would not be as concerning if it gave a time limit for the measures. The fact that it doesn’t have any cause many to fear for the future of democracy in the country. This combined with the government’s new ability to punish journalists it deems to be inaccurate in their reporting also raises red flags in regards to the future freedom of the press in Hungary.

As this debate heats up, many in Europe have expressed their concern over this change. Hungary has pressed on though and still insists that this action does not violate their constitution. For some, the bill brings up an ominous feeling. Nothing is different yet everything has changed. There have not yet been any negative actions carried out against the people from this bill but the groundwork has certainly been laid. The bill is like a very small crack in a boat. There is no water in the boat but there is no longer certainty that the boat will remain dry either. The fear is the crack turning into a hole and flooding the boat with water. While we all hope that does not happen, the chances do not look as good as they did before the boat was cracked. Scarier yet is the fact that Hungary is not the only country to go down this path. Other countries have also begun to shift the scales of power. And now as we wait for the all-clear to resume our normal lives, we must hope that the idea of normal has not changed too much by the time we are all able to safely return.