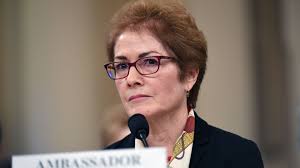 In many ways, the word “inequality” has become synonymous with our world in 2020. Not only are minorities treated differently across all areas of life, but the adversity that millions of people face is often ignored or undermined. A recent study conducted by Professor Claudia Cooper and Dr. Mary Elizabeth Jones of the UCL Institute of Epidemiology and Health Care highlights the fact that inequality has spread much further than anyone would have cared to imagine: racial inequities are now permeating throughout our pharmaceutical system in America.

Not only are these disparities affecting the way that minorities receive medical care, but they also impact the ways that medical professionals perceive their pain. In fact, this study points out that African American and Asian patients are far less likely to receive drugs to treat their dementia in contrast to other ethnic groups. Instead, these minorities are commonly prescribed antipsychotic medications instead of being treated with the proper care. Not only do these false prescriptions have serious impacts on the patient’s physical health, but they also have severe ramifications on their mental health and well being. While antipsychotic medications can help treat the stress that comes along with dementia, they do absolutely nothing to cure dementia itself. Proper drugs for dementia increase cognitive functioning, memory, and combat several other symptoms that are associated with the disease. Furthermore, these false prescriptions are also a testament as to how the medical system has betrayed minorities and hidden horrible errors for decades. Not only is there a blatant lack of cultural competence in the American medical system, but no one seems to care about this issue. Cultural competency is the ability of healthcare specialists to provide effective care that considers the social and cultural needs of patients. Cultural competency and implicit bias training are essential to ensuring that people of all backgrounds receive the treatment they deserve. Not only are some doctors ignorant about a patient’s religious, cultural, or ethnic heritage, but they also alter their process as medical professionals as a result.

So while the solution to this problem may appear elusive, in reality, it is actually far within our reach. It begins with us. We can change the way that the medical system treats minorities by becoming a diverse and inclusive group of doctors. Not only will the issue of cultural competency be assuaged once doctors emerge from a more diverse set of backgrounds, but the physical and mental well being of patients will increase as well. So go ahead: after all, it begins with you.