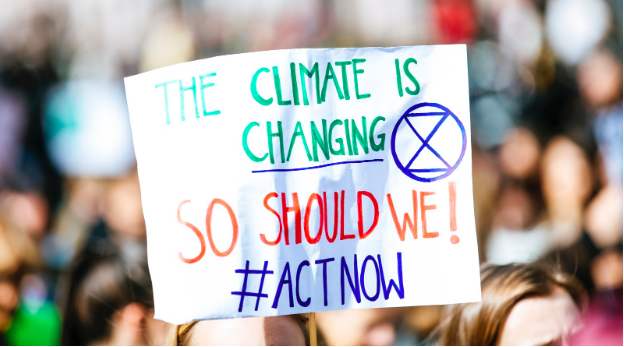 A prominent issue in today’s world is global warming. Global warming is an increase in the Earth’s overall temperature due to a rise in greenhouse gases emissions. A specific greenhouse gas that plays a major role in the increasing temperatures is methane. One prime event that creates methane, seen in our school, is the food thrown away during lunch. This waste produces methane due to the low levels of oxygen exposure as it decomposes in landfills. Also found in our school are styrofoam trays. These trays wind up in landfills as well and, as they break down, have a horrible effect on our environment and the creatures living in it.

In order to lower the level of methane we produce as a school through food waste, we should invest in the idea of composting. Composting occurs when organic materials decay in a natural environment where they are exposed to regular oxygen levels. The oxygen helps to prevent methane-making microbes from producing methane. If composting is so simple and can impact the world in such a great way, then why are more schools and people not doing it? The issue, mainly, is where all the compost one creates goes. Not all cities and towns have the option of compost collection, so people do not know what to do with their compost. Fortunately, we as an IA are only about half a mile away from Bowers Farm. Our compost can be donated to Bowers Farm, and once donated, can be used for their gardens and other tasks. In such a scenario, both groups greatly benefit. As a school, we would be able to lessen the amount of trash we create and lower our methane levels. In turn, Bowers Farm would be able to use our compost in their gardens which would improve the growth and health of their plants.

At the IA, we use styrofoam boards to carry our hot lunches. Styrofoam is like plastic, it remains in the environment for hundreds of years, and can easily escape waste collection systems. This allows it to enter unwanted places like forests and oceans. When styrofoam enters ecosystems it can change the entire food chain. This is because styrofoam may lead to the harm of and even death of an animal if consumed. The animal can therefore no longer complete its natural activities so a shift in the environment can occur.

Furthermore, it’s not an abstract problem that affects only other species because (guess what!), we’re a part of the food chain too. We eat everything that our food eats, so in some shape or form, we also eat styrofoam. It’s basically a cycle: we pollute the Earth with styrofoam, the animals and plants in our environment become exposed to styrofoam and may even eat it, and then we encounter the styrofoam through what we eat. The IA needs to stop using styrofoam trays out of this reason.

To substitute these trays, the best possible method would be reusable trays that can be washed after lunch. It seems that we are in possession of at least a few of these reusable trays, but only use them on occasion. Whatever the reason may be for this lack of use, it surely is clear that it does not benefit anyone.

It’s essential that we accomplish these tasks of composting and ridding our school of styrofoam in order to play an important role in the increasingly dangerous issue of global warming and saving our environment. The ideas to reach these goals are simple, so who’s with me?