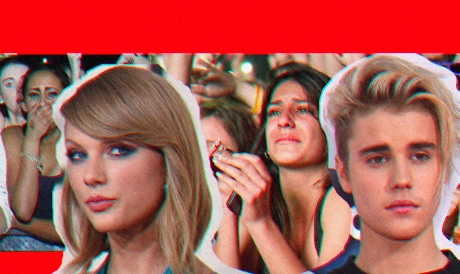 Don’t have an answer yet? That’s okay. There’s no doubt that we all love to sift through a good-old gossip magazine from People, US, In Style, or maybe even Entertainment Tonight;however, I think that we can all agree with the fact that obsession and affinity are quite different, and it doesn’t help that we can track the lives of our favorite celebrities at the touch of a finger.

Today, with the rise of social media outlets, such as Facebook, Instagram, and Twitter, many people afflicted with CWS (Celebrity Worship Syndrome) channel their feelings and thoughts about their favorite celebrities through fan-accounts in the means of support. On January 14th, 2019 the Fan-Account World of Instagram went into a frenzy, as rumors about fan-accounts getting deleted spread. A PewDiePie fan account was deleted, which had amassed more than one-hundred thousand followers over the course of three years. The creator of this account later created a new fan page, stating that her old account was deleted. She wrote on Instagram, “all of my edits are gone and it hurts even more because I lost [PewDiePie’s] follow. Three years of work all gone. It hurts so much.”

On the other hand, celebrities aren’t always innocent either. Just this past week, Justin Bieber posted to his Instagram, in which he told his followers that if his post obtained 20 million likes, he would release a new album before Christmas. He explicitly stated that he has , “gotta see the demand.” As of now, the post has acquired 10 million likes , and Bieber’s request for the demand has caused Beliebers to go crazy! They are competing with one another to see which fan account can amass the most support for their “God”.

Ultimately, celebrity worship can affect everyone, whether it is in a small way or a life-absorbing way. Now you can truly ask yourself, how obsessed are you with your favorite celebrity?